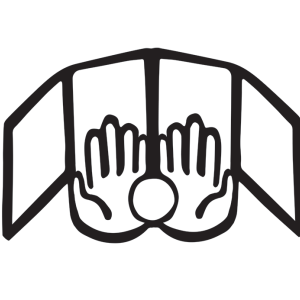 You have carts in multiple currencies
Total —

Vice and Virtue is a rules-light sub-system that invites players in any tabletop roleplaying game to choose their own fate and justify their characters’ moral alignment.

A simple system based around a deck of beautifully dark tarot-inspired fortune telling cards, game masters can use Vice and Virtue to easily prepare exciting twists in their storytelling that directly involve players, who decide the fate of their characters by choosing their future from the cards the game master draws.

Later, players review their choice and their character’s actions to get their ‘bearings’, a moral alignment of either vice, balance or virtue. These three ‘bearings’ offer perks like passing a check, or asking the game master an out-of-character question.

Designed with accessibility in mind, Vice and Virtue adds less than 15 minutes extra play time per session while making it easier for game masters to prepare and run games. It puts agency in the hands of players, immersing everyone at the table in mysterious fortune-telling inspired mechanics without adding extra hassle.

Vice and Virtue is the latest Kickstarter project by inclusive TTRPG publisher Dungeons on a Dime. Their last project In The Red (a queer, new player and friendly system-neutral story campaign) reached 100% of their funding goal after just a third of the campaign time, finishing up 226% funded with the help of 200 backers and preorders.

Simplicity, accessibility and affordability has always been important to Dungeons on a Dime, says founder Brian Tyrrell.

I wanted to address the fact that there was a rising interest in TTRPGs thanks to shows like Stranger Things and Critical Role, but the rulebooks aren’t very outsider-friendly. Nobody was making these games easier to play for newcomers. Vice and Virtue is my latest way of showing that roleplaying can be simple, elegant and engaging. Preparing scenes, drawing the fortune telling cards, giving players their mysterious choices - it’s fun to run, and to play.

Vice and Virtue is currently in pre-release on Kickstarter with the campaign opening up to backers on November 5th 2020. The campaign's initial goal is £1,000 GBP, and it will end on December 5th 2020.

Legacy Zines (The Longest Night, Blood in the Water, Greenheart)